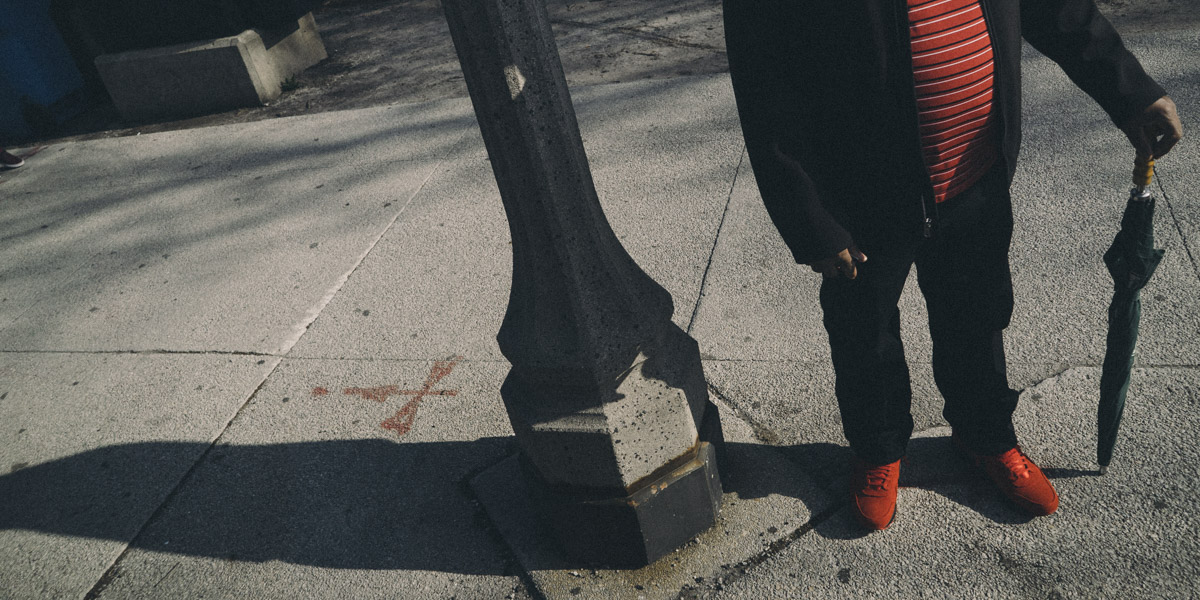 I am a military brat and lived in various locations around the world depending on the current political climate. Vietnam and the Cold War are baked into my psyche. I bought a camera while living in Germany and learned how to develop film and make prints. At some point I decided I wanted to be a photographer so I attended Arizona State University and ended up working at the Arizona Republic for a time as a photographer.

Most photographers are gear heads and I bought a Tandy Model 200 (I am sure I desperately tried to justify this purchase to my wife in some way). It came with a 300 baud modem and a Compuserve account. From there I discovered the web and the rest is, as they say, history.

The idea of the web as a publishing platform fascinated me and it still does to this day. I spent late nights on the Apple computer in my bedroom trying to figure out how web pages were made. I begged the folks that were instrumental in starting up AzCentral.com, the online group at the newspaper, for a job.

They finally succumbed and I spent four incredible years there leaving my photography behind. I learned a great deal and I will always be thankful for that opportunity. I ran a group that built and hosted websites for customers, eventually becoming Director of Operations. For a short time I had the job title of “Digital Explorer” (it was the dot-com era folks) that enabled me to think about new products and strategy.

I left Arizona for career and family reasons and joined Tribune Media Services in Chicago. They were starting up a filtered content service targeted at the enterprise and it was a great fit with my interest in content syndication technologies. After four years they sold the business and I moved on.

Next up was Highbeam Research, founded by Patrick Spain. I worked on content acquisition there and learned a ton about customer acquisition, A/B testing and how to analyze content in terms of its value to the business. Not being a numbers guy I was pretty intimidated by the analytical approach, but I learned to love the metrics. They helped focus the team everyday.

I was lured back to TMS to help them design and implement a new content syndication platform for the News and Features division. We replaced the old system with a new platform that would enable new business models. Newspapers were not ready for anything new and frankly I was getting bored.

In my LinkedIn profile I state that I’m interested in the “intersection of content and technology”. I should be bold and appropriate Robin Sloan’s label, “media inventor”. A media inventor is someone who is “interested in content who also experiments with new formats, new tools and new technology”.

Maybe instead of inventor I should use the term “tinkerer”. While at AzCentral, I stumbled across Dave Winer, Radio UserLand and RSS. Looking back at the trajectory of my career I owe him a debt of gratitude at least. I was thinking about how we could create new products from the content we generated and collected every day. Thus my interest in syndication.

I was interested in the idea of using blogging tools like Radio UserLand as a content management system, but I was more intrigued with RSS and syndication. Along the way I setup my first blog using Radio, then migrated that to Movable Type and finally WordPress. I never wrote much, but used the experience to explore, learn and tinker with tools that would change the web.

I continue to tinker today. I am fascinated with the semantic web and admire the work the BBC and others have done. I was deeply influenced by the thinking behind David Weinberger’s book, “Small Pieces Loosely Joined: A Unified Theory Of The Web” and that plays into my current interest in combining data from various services using apis.

After a hiatus of 10 years, I started shooting again. Today I shoot a mix of film and digital. I am still trying to figure out how to manage all this from a workflow perspective. More to come in another post.

I created my first Blurb book, “Rodeo: Paris, Texas” and you can find it here.

I am also very interested in photo history. Bill Jay was an early influence.

I am married to Lisa, have three children and four grand children, three boys and one girl. I love being “papa”. We live in Hyde Park.